homewho we arewhat we donewssponsorscontact
Menu

In 2009 primary principals across Queensland were informed of the passing away of St Patrick’s School Winton Principal Mr Daniel McDonough. Daniel died on Friday 9 January 2009 as a result of injuries sustained in an accidental fall on 1 January 2009 in Townsville.

Daniel's life was his school and his work. Right from the beginning he was a leader who wanted to make a difference in the lives of young people and the communities in which they lived through education.

Daniel McDonough grew up at Forrest Beach and had attended Gilroy Santa Maria College and Ingham State High School before moving to Brisbane to study teaching. He taught in Cloncurry and then Brisbane, before his ultimate dream was realised when he was appointed principal of Winton's only Catholic primary school in 2003. Daniel spent most of his life being brought up in the country where he wanted to share his talents within rural and remote areas. While living in Winton, Daniel participated in all community activities.

A parent from the school community stated that “Daniel was devoted to his students and would spend his own time supervising kids playing on the oval after school.”He did so many wonderful things for the school. "He revamped the library, which was his pride and joy. He was so dedicated to the kids. "He got new computers and new books.”He also got the school oval redone. "He did everything for the kids and not just our kids, for the children at the state school as well.”The kids were his first priority. "He didn't have any of his own children ... it was something he would have just loved but it wasn't to be.” Daniel was also the president of the Winton Outback Festival committee and a member of the art gallery.

There is no doubt Daniel McDonough made a huge difference to St Patrick's School in Winton and indeed to the entire Winton community.  His leadership - dedication, enthusiasm, dynamism and love for his school community and the Winton district will never be forgotten. Townsville Catholic Education Office. 2009

The Daniel McDonough Award is a peer-nominated Leadership award sponsored by QCPPA, which recognises a strong commitment in the fields of leadership and education made by a leader in one of our Catholic rural and remote schools.  The award consists of a leadership grant that enables the nominee to attend professional development conferences.  Recipients of the award will be profiled on the Association website, where a perpetual record of recipients will be recorded. This award will be presented each year at the QCPPA AGM.

The bursary is to be used to attend the APPA conference to meet a wider cross section of principals, hear inspirational speakers and widen the network of support for themselves. Attendance at an APPA conference should also help them look beyond the boundaries that a small rural school tends to impose and expose them to bigger picture issues. 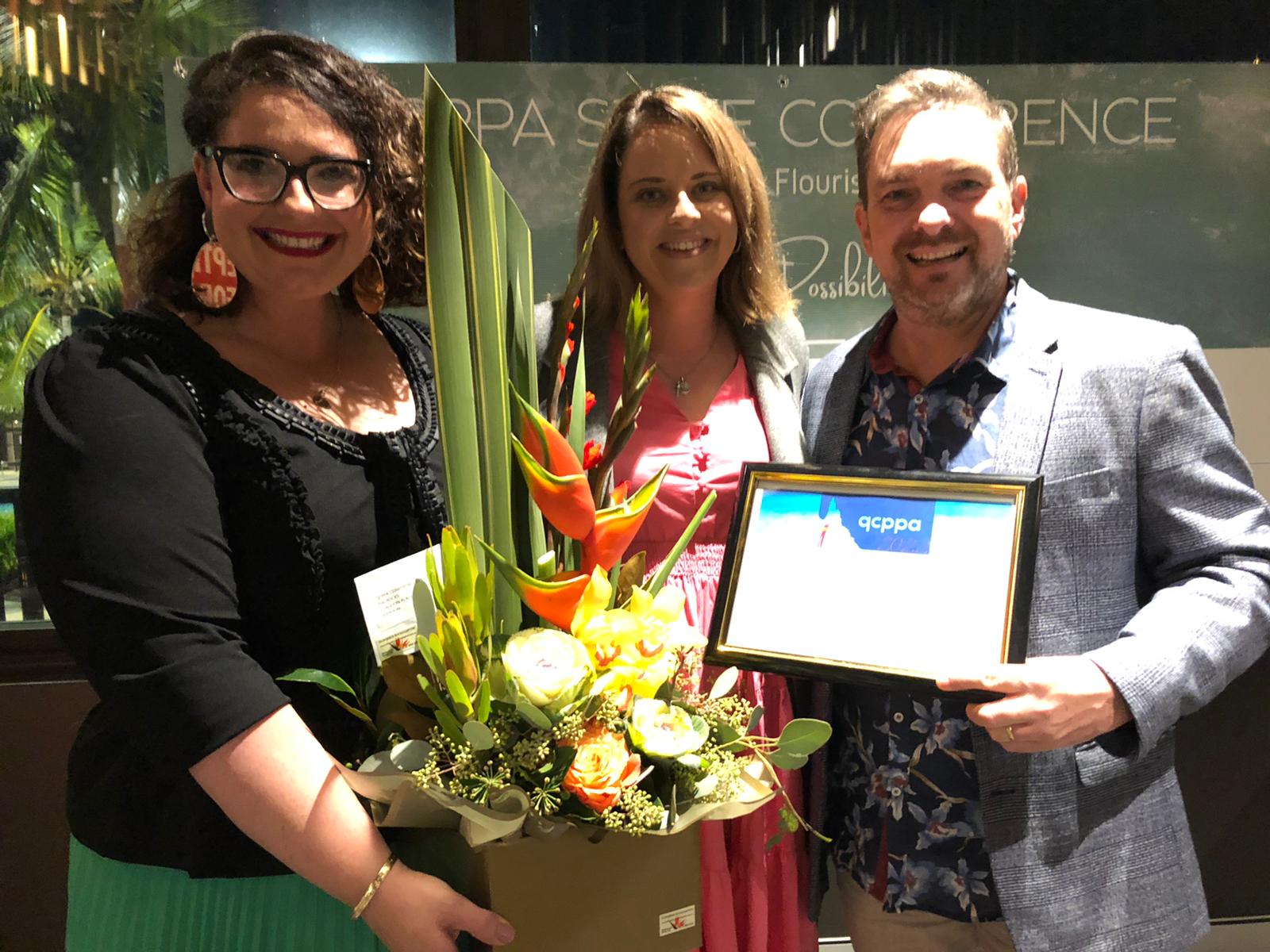